Reports from entrants in the 2019 ILLW event.

Please send photos as attachments rather than embed them in the This email address is being protected from spambots. You need JavaScript enabled to view it.

Thanks once again to all the entrants for joining in the fun of the Lighthouse Weekend and for making it another wonderful year.

Web Links, Youtube etc. These are just some of the Youtube videos that I did a search on. Enjoy:- 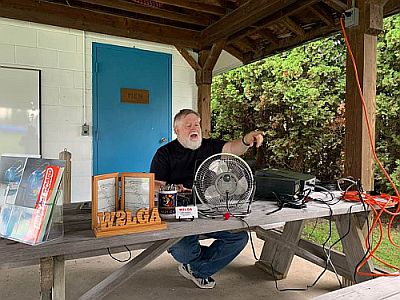 Message: Kevin, Another great event under your belt! You guys do a SUPER job and as always … it was fun! Weather in Oswego, NY did not cooperate much as we had bad thunderstorms and high winds both days. We managed though as Hams do!!Thank you once again … already looking forward to net year!! 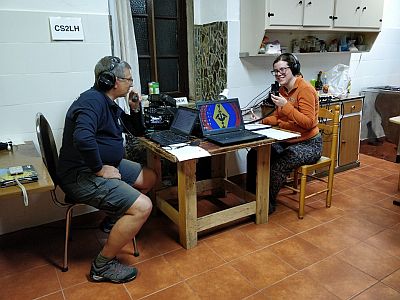 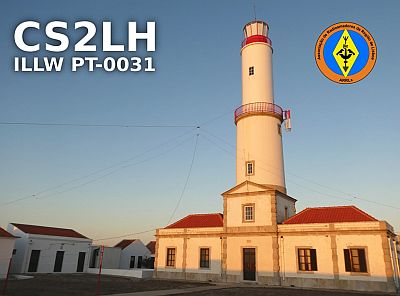 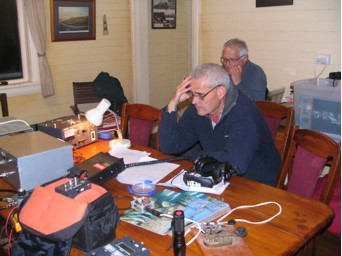 Cape Campbell is on a rather exposed promontory on the East Coast of the South Island, about 40 – 50 km south of Picton. It is thus somewhat at the mercy of the weather. In previous years we have had very good weather and therefore the conditions for raising the antennas quite tolerable and even pleasant. One of these years, however, we knew we would strike it rough.  2019 was that year!  A very strong cold wind and steady rain as we left Blenheim to drive south to Cape Campbell was ominous and conditions were no better at the Cape.  Our 40m vertical by the waters edge was more of a 45 degree sloper in the wind and raising a 17m pole for the G5RV dipole not a lot of fun! However, along with a 20m vertical, the antennas acquitted themselves well once we got the station established in the warmth and comfort of the old lighthouse keepers quarters.

We used an IC-706 MkIIG, supplemented occasionally by a linear amplifier when needed.

Activity (or was it conditions?) seemed somewhat less than last year but we did work a number of mainly Australian and other NZ lighthouse stations. Six of us from Marlborough Amateur Radio Club braved the elements and eventually enjoyed a relaxed laid-back weekend at the unusual location.

Incidently, those who have seen the film “Light Between Oceans” will have seen something of the Cape Campbell lighthouse and as that was the location for the film.

Many thanks to the event organisers  -  much appreciated! 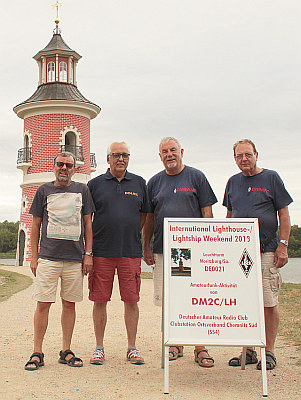 Message: We had some problems this year 2019.
In Saxony festivities were at the beginning of the school weekend, which prevented some OM's. On the other hand, we were only one day before the ILLW the commitment to use the lighthouse area. Therefore, we could only participate with a small team at short notice and only on Saturday at the ILLW. Especially for our newcomers DO5SMM and DO6JKC it was the first major field day and an opportunity to test their own equipment.
The results were satisfactory for all of us considering the modest antennas (long wire and small vertical antenna, respectively).
We hope to be active again in 2020, then again with "full strength"
CUAGN 2010.
The team of DM2C / LH 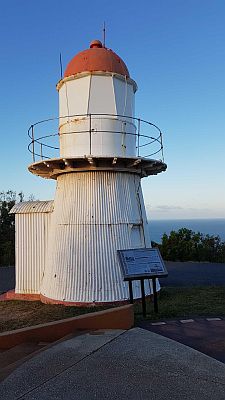 We had 6 of us at the lighthouse site 5 Amateurs and a PNG friend.

It was a great weekend and not as windy as usual. We had lots stop by for a talk and see what we were doing.

The Cooktown Historical Society members made us a nice fresh fruit cake and took photo's for the local newspaper.

Once again the Mayor and Cook Shire Council fully supported our efforts - which is very much appreciated.

There was many contacts to other Australian, New Zealand and Malaysian lighthouse stations plus many other stations who wished to contact the Lighthouse Stations - which is great.

We try various transceivers and antenna types each year as part of the experimentation part of our hobby and don't become discouraged by predictions as we always seem to be able to make contacts.

Its a unique Amateur Radio Event that has Social, Technical, Historical and Community attributes which brings our hobby to the community and show them that we are ordinary folk who have a unique hobby.

Thanks to Kevin vk2ce for his long term efforts in guiding the event along the path to the success it now is - these events just don't happen by accident they need "wise heads and a steady hand at the helm".

Thanks to all who took part and we'll be back again next year when it will commemorate the Voyage of HM Barque Endeavour with Lt James Cook RN as Master - they stayed at Cooktown to carry out repairs after running into a reef nearby. 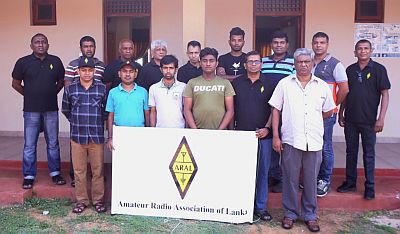 Hi Kevin, I'm 4S6DSI from Sri Lanka Amateur Radio Association.  To commemorate the 22nd "International Lighthouse Day", we got together and celibrated with our members at the Chapel Hill Lighthouse in Trincomalee.  We are thanking you for organizing this and we will hope to meet you next year with another experience. 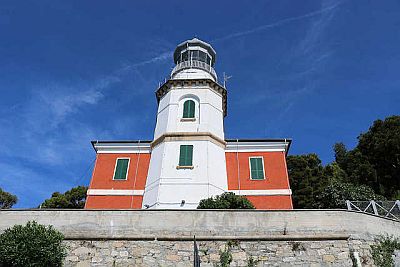 My team participated the ILLW for the first time, activating Capo Mele lighthouse IT0030 with the special callsign II1CM.

It was an amazing experience: good propagation conditions, sunny day and a stunning location.

My team will definitively replicate such experience next year 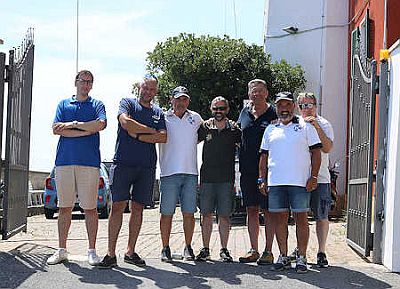 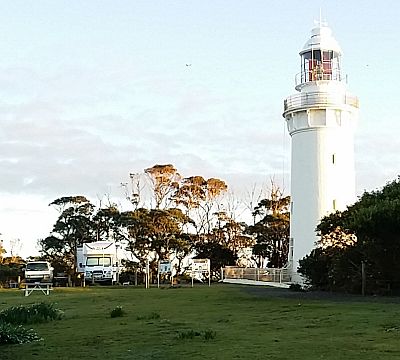 A few photos for you to have a look at from our weekend at Table Cape light house AU0039.
Wayne, VK7NET and myself, Dick VK7DIK  and my XYL Heather had a great weekend.

We arrived early Friday morning with awful weather. It was windy with plenty of rain, really awful.
By the time the guy who was to let us into the Lighthouse turned up the weather had improve and continued to improve and was fairly good for the rest of the weekend.

Table Cape is an excellent spot for radio and we worked a lot of stations. Light house numbers we contacted was down this year. Perhaps we should have a couple of liaison frequencies. We operated mainly on 80 40 and 20 meters. Radio equipment was a ZS6BKW antenna pulled up the side of the Light House. Kenwood TS480 radio and SPE amplifier.

We had several local amateur drop in to see how we were going over the weekend as well as tourists asking us what it was all about.

As I said before, a great weekend. 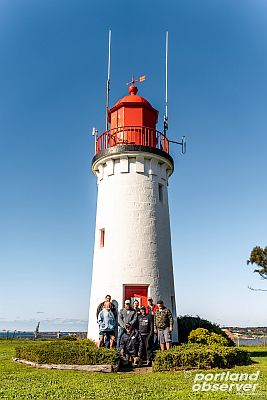 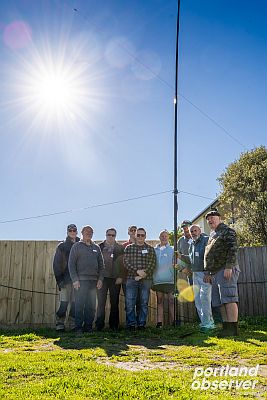 The “Whaler’s Bluff Amateur Radio DX Group” (VK3DX) used three antennae comprising an 80 metre folded dipole attached to a “Hertical”, a 50 foot fibreglass mast, which according to wind strength was either mostly horizonal or mostly vertical; a 40 metre Spiderbeam and a multiband band Off Centre Fed Dipole. The feeds went through a tuner into an IC-7700 provided by Greg.

There were 87 logged contacts across 80, 40 and 20 metres with 80 metres the most active. Of the contacts 6 were from USA across California, Arizona, Washington (State) and Oregon. Believe it or not the Oregon contact was from Frank in Portland (N7EKD).

Most importantly the group had a great weekend of fellowship with a lot of reminiscing and laughter. The gourmet feasts were provided by Peter and enjoyed by all and washed down with the odd frothy headed cup of tea or coffee.

The group sincerely thanks the managers of the Portland Bay Holiday Park for their kind hospitality and allowing “Hertical” and Spiderbeam to be erected and for the late checkout on Sunday. The spot has been booked for August 2020.

This web site and the ILLW event are dedicated to the memory of one of its two founders, Mike Dalrymple, GM4SUC, who left us in 2005.

The ILLW logo, web site and domain name are trademarked and copyright to and funded by the owners K&P Mulcahy (vk2ce). If you wish to use any of the contents please ask for permission as a matter of courtesy.